1.5 to 2 million won before COVID-19 in Paris and New York ↑
“I’ve been waiting for you for a long time, but it’s so busy”
Lower-than-demand flight supply, oil prices soar
“It’s hard to normalize this year.””It’s not until next year

Lim Hee-jin (27), who planned her honeymoon to Paris when the sky road opened, postponed her honeymoon for now due to airfare. Lim, who married in January when the skyway was blocked, came to go on a honeymoon abroad after the lifting of the COVID-19 distancing, but as the round-trip airfare for two people exceeded 5 million won, he had no choice but to postpone it again.

Sky roads began to open on April 14, when the Ministry of Foreign Affairs lifted the special travel warning, but many people give up or postpone overseas travel due to high airfare.

In fact, when I searched for one-person round-trip tickets that depart early next month and return a week later on the ticket price comparison site, the lowest prices of the national flag were about 3 million won. Considering that Incheon-Paris and Incheon-New York were around 1.5 million won and 2 million won, respectively, in 2019, before the COVID-19 epidemic, the price nearly doubled.

There is a sigh among those who have been blocked from overseas travel for more than two years. Kim (29), who planned to travel abroad with his girlfriend, said, “I decided to go abroad, but it was too burdensome,” adding, “Airfare has risen too much and additional costs are high.” Yang (20), who saved money for a year for a backpacking trip to Europe, which was a bucket list, said, “I still don’t have enough money saved,” and postponed his plan to travel abroad to next year. Kang Jin-young (47), who wants to travel abroad with his family, also said, “I feel so sorry for the old airfare,” adding, “I’m waiting (for the price to fall).”

The sharp rise in airfare is due to the supply’s inability to catch up with the explosive increase in demand. According to the Ministry of Land, Infrastructure and Transport, international flights operated 532 times a week in May. Compared to 4,714 operations a week before the COVID-19 epidemic, it is one-ninth. Demand for aviation has soared due to “revenge consumption” since the lifting of the distance, but prices have risen significantly as supply has failed to keep up.

The rise in oil prices is also the reason for the rise in airfare. According to the Ministry of Trade, Industry and Energy, Dubai crude nearly doubled to $108.2 in May from $54.8 a year earlier.

The government is determined to solve the problem of soaring airfare due to the early normalization of international flights by lifting aviation regulations. Earlier in April 2020, the Ministry of Land, Infrastructure and Transport set aviation regulations to limit the number of aircraft arrivals to 20 per hour and set a flight ban from 8 p.m. to 5 a.m. to block the inflow of COVID-19. The Ministry of Land, Infrastructure and Transport recently announced that it will lift the flight ban and increase the number of arrivals to 40 to help the airline industry recover and stabilize ticket prices.

Nevertheless, the observation that normalization within this year is not easy is gaining momentum. Hwang Yong-sik, a professor of business administration at Sejong University, said, “All goods and services prices have risen significantly, and airlines need to secure reduced manpower such as pilots again.”

Travel routes that have been blocked due to the corona virus are opening and tourists are flocking to European cities. According to data released by travel platform Tripbitoz on the 13th, France was selected as the number one European country most visited by travelers. It was followed by Spain, Italy and the United Kingdom. You can see that countries that were visited by many Korean tourists before Corona are still gaining popularity after the pandemic.

However, even if they visit the same Europe, travel patterns vary from country to country. France and the UK were found to have visited the capitals Paris and London mainly. According to data compiled from January to May, 73.7% of travelers to France chose Paris. Other than that, it was found that Nice, a city in southern France, is the most visited. 68.9% of British tourists also chose London, the capital. In both countries, when 7 out of 10 people visit, they only focus on traveling to the capital.

In Spain and Italy, on the other hand, travelers are spread across several cities. The tourists who choose Spain are evenly distributed throughout the region, including Barcelona, ​​Mallorca, Madrid, and Seville. Barcelona, ​​one of the most visited cities in Spain, also accounted for less than half of the visit reservation rate at 36%.

In particular, the popularity of Mallorca, which was not widely known before Corona 19, drew attention. The largest island in Spain, it is twice the size of Jeju Island. It is known as the place where the musician Chopin recuperated before his death due to ill health. Although it was a popular Mediterranean resort for Europeans, it was also an island unfamiliar to Korean tourists. However, in 2021, soccer player Kang-in Lee transferred to the RCD Mallorca club based in Mallorca, and his recognition increased, and recently it is emerging as a honeymoon destination.

Italy, as well as Rome, the capital city, Florence, Venice, Milan, etc. travelers evenly visited all over. Rome and Florence have similar travel rates at 25% and 22%, respectively. Excluding Rome, the capital, northern Italian cities such as Florence and Venice are more popular than southern cities.

Europe travel destination that you must visit before you die

Europe, which has many things to see and many things – but depending on the length of the trip, too many European attractions may be a problem. Everyone wants to travel, but if you can’t, let’s go to this place. It introduces 10 European destinations preferred by travelers based on the Skyscanner search.
Due to COVID-19, travel is difficult. SkyScanner will continue to deliver inspiration to dream of traveling again after a difficult time, including travel information and updates related to COVID-19.

READ MORE: 24 HOURS IN PARIS: A City of Experience

Are you ready to travel to Europe? Use the Skyscanner to find cheap tickets. You can also search for cheap hotels and rental cars through SkyScanner. You can enjoy all of these services on your smartphone.

In KBS1TV’s , the episode “Finding the Beauty of Eastern Europe – Romania and Albania” will be broadcast.

Bucharest, the capital of Romania. During the communist regime, buildings in Bucharest were demolished and most of the buildings were constructed as propaganda tools. Among them, a parliamentary palace modeled after the tin palace in North Korea. This building, which shows the ambition of dictatorship well, is the second largest among administrative buildings in the world after the Pentagon in the United States. I meet the symbol of Bucharest left by dictator Chausescu.

Branseong Fortress, which has the legend of Count Dracula, is where “Dracula” model Vlad Visigong actually stayed. Look around Bran Castle, a tourist attraction in Romania.

The Turda Salt Mine, a deep amusement park in northwestern Romania, is an amusement park with salt walls and ceilings. The 120-meter-long salt mine from the entrance to the basement was also used as an air defense shelter during World War II. Look around the salt mine full of various things to enjoy and see.

Tirana, the capital of Albania. Albania, which suffered from foreign powers until the early 20th century, has recently been revitalized by the wind of change. The trip begins at Skanderbeu Square, Tirana’s first tourist destination.

Verat, the oldest city in Albania. Famous for its 1,000-windowed city, it seems to travel to the Ottoman Empire because of its well-preserved architectural style. I meet a beautiful city registered as a UNESCO World Heritage site.

Deep in the ancient Albanian city of Butrint, there is Sam Blue Eye, which resembles Albanian eyes. You can feel the mysterious nature here, which boasts beautiful scenery.

If your legs hurt while walking in Romania, the Gangnam Massage guide will give you a good massage. 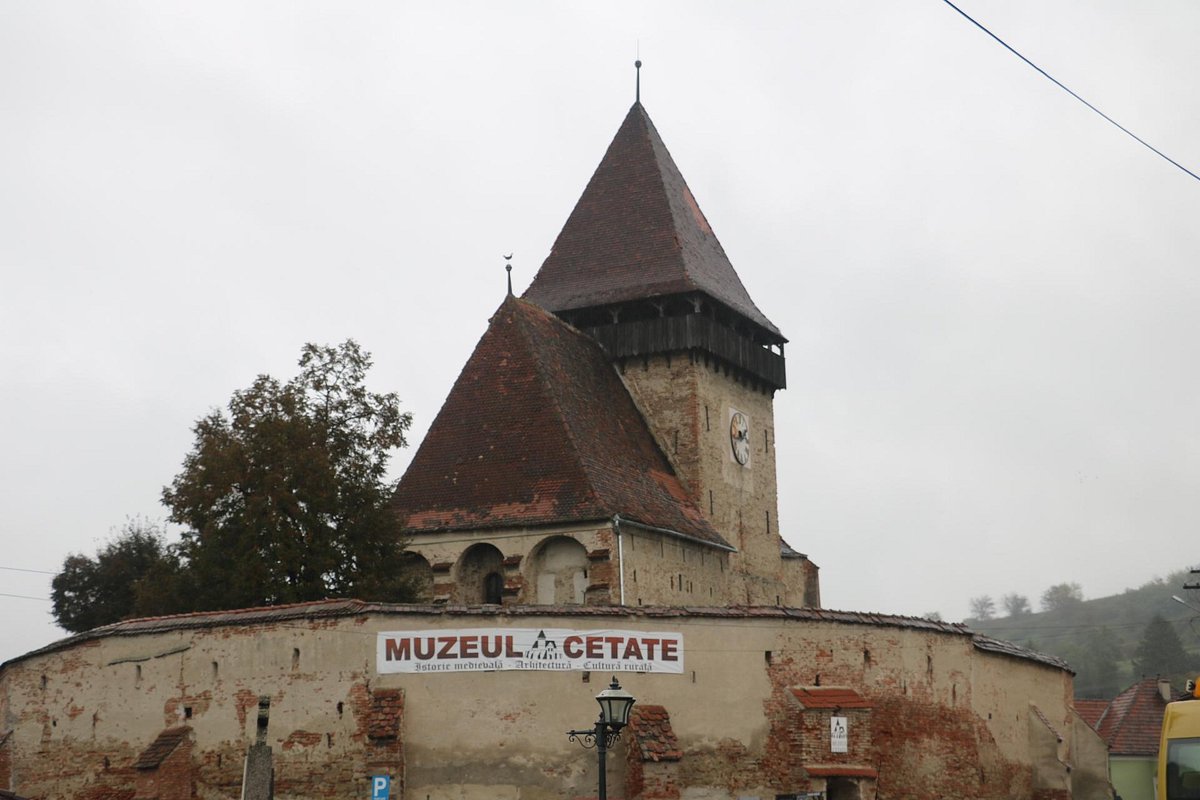 Dracula becomes Duke of the Duchy of Wallachia, constantly striving to survive. He inherited the name of his father, Vlad Dracul, and made Targoviste the capital.

But society was unstable and the duke’s position was always at stake. There was a constant mutiny in which the nobles revolted and killed the duke. Dracula made the best royal palace of his time. After building an impregnable fortress, ‘blood purging’ began. The first priority was to remove the boyar class, which was static.

On Easter Day (1457), they invited them to the palace and asked, “How many monarchs have you served over the past 50 years?” They changed so many times that they killed them all. About 500 people were executed in piles. His method of execution was so cruel that he was given the title “Tepes”, “Thorn”, or “Skewers”.

Since then, death row inmates have been used in other ways. When the Fort Poenari was built on the mountaintop near Bran Castle, the surviving nobles of the Boyar class were used as workers. This Fort Poenari was a very important strategic stronghold. Dracula then notifies the Saxons of an all-out war.

If you want to use this road as a commercial road, you are ordered to follow your instructions. However, the Saxons supported Vlad’s political opponents for their own interests. Dracula led the army into Brasov, the Saxon stronghold. Thousands of people were captured. Many prisoners were put to death on skewers and left unattended. It was such a large number that Dracula had to eat there.

Dracula’s blood curtain is not over yet. He also decides to fight against the Ottoman Empire, which is seeking to advance into the West. When the Ottoman delegation came, it was said that it was an insult to the monarch to not take off the turban, but the delegation said that they could not take it off because of custom, so they nailed the turban on the head. In 1461, the Ottomans and Wallacai entered an all-out war. He propagated and asked neighboring countries for reinforcements and captured more than 2,000 prisoners the following year (1462). All the prisoners had their noses cut off.

Then Sultan Mehmet II of Turk (the same age as the prisoner of Dracula) invaded with more than three times the troops, and Dracula fought with all his might, but the war began to fall. He hid in Poenari Castle, but there was no countermeasure in the long-term battle. The wife fell off the wall and committed suicide and lost a number of generals. Dracula manages to escape using a horseshoe in the reverse direction. However, as he fought against the Ottoman army, he knelt on the knifepoint of the Yenicherries and was decapitated. He is 45 years old. It was in 1476 AD.

Romania, located in eastern Europe on the Balkans, is still an unfamiliar destination. Romania gained freedom through the 1989 civil revolution against Nicolae Chausescu’s dictatorship. Although the image of a communist country remains, the capital Bucuresti has more things to see than expected.

The Arc de Triomphe, which was called the “Little Paris of Romania,” and the National Assembly Building (1984), which is known as one of the largest buildings in the world. Famous buildings built during the Communist regime. Other than that, the old appearance that remains in the 오피 city center fascinates travelers enough. The downtown of Bucharest is not large, so you can walk and look around.

Also, you should not miss the fun of watching Sinaia, Brasov and Sighisoara. Sinaia is called the “Pearl of Carpathian”. Peles (Romanian National Treasure No. 1) and Felishor Castle, the royal summer star, are popular. In addition, there is a birthplace where Dracula was born and lived until the age of 4.

In addition, Old Town seems to have moved from the Middle Ages, including the clock tower, which serves as the city’s landmark. The city’s historical district was designated as a World Heritage Site by UNESCO in 1999. If you want to know more realistically, it will be helpful to watch the documentary “The Hero of Romania, Dracula.” 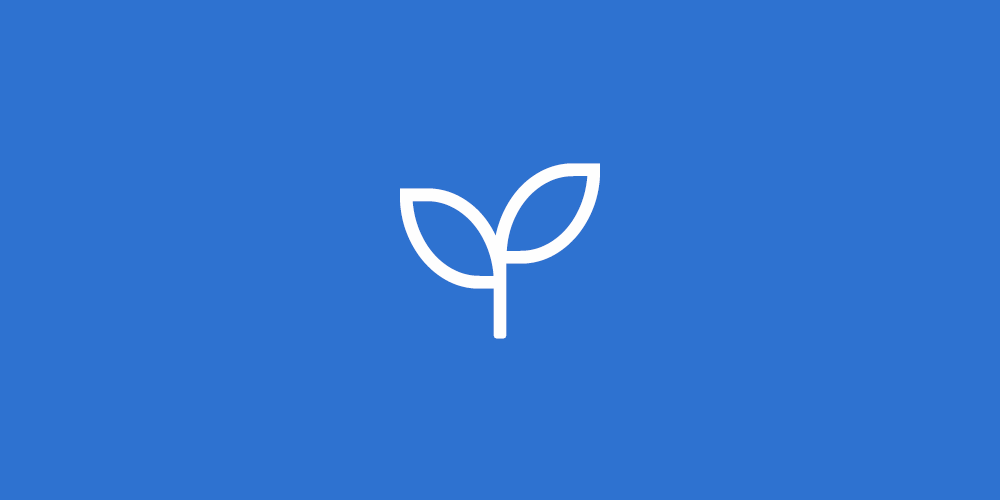 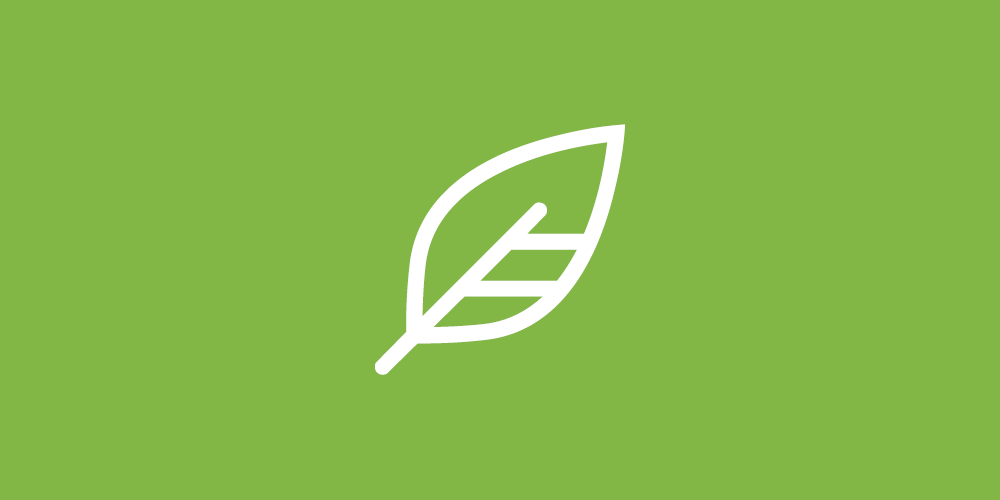